Executive Committee and Board of Directors

The Executive Committee is part of the Board of Directors of the Society of Medical Friends of Wine.  It is involved in running the group's daily operations, organizing events and recruiting/retaining members.  The current officers of the Executive Committee are listed below.  Please contact us with any questions or comments using the form at the bottom of the page. 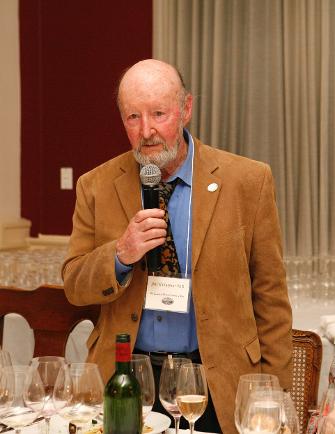 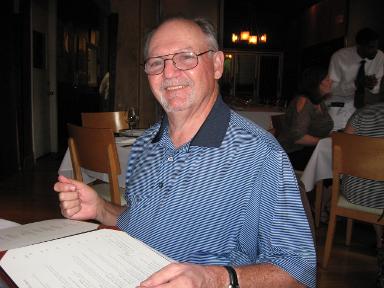 David is a psychiatrist who trained at the University of California, San Francisco. During his career with the Permanente Medical Group, he specialized in consultation-liaison psychiatry. An avid golfer who made award-winning wines as a home wine maker, David enjoys studying the health benefits of wine. As a relatively new member to the society, David appreciates the exceptional wine dinners, collegial members and unique educational programs. 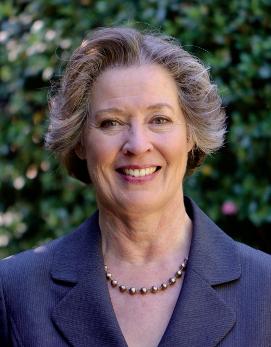 A native mid-westerner, Susan studied at Virginia Commonwealth University and San Jose State University for her B.S. in Occupational Therapy.  She began her career at California Pacific Medical Center in San Francisco, eventually working in hospital administration.  A graduate of USC’s School of Public Policy, Susan has directed health education programs in a non-profit organization and taught at Dominican University’s school of occupational therapy.

She enjoys the society’s virtual wine tastings, fine wine and food events, and the opportunities to learn about the science and benefits of wine and health with new SFMW friends.

The Board of Directors currently consists of 12 members who serve 3-year terms, which may be renewed. In addition to the members of the Executive Committee, members of the board include Past Presidents of the society as well as  society members who have provided extraordinary and/or substantial contributions to the organization. Biographical information concerning some of the directors is provided below. 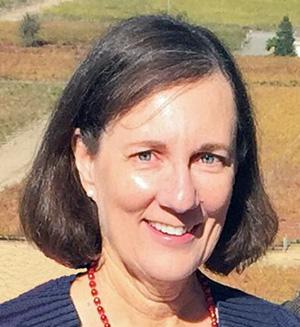 Elizabeth was born and raised in New England.  After graduating from Yale University with a BA in biology, she received her MD and trained as a dermatologist at New York Medical College.  During her career with The Permanente Medical Group, she had an active clinical practice, lectured at multiple medical conferences, and served in various leadership roles.  She was a founder of the teledermatology program for Kaiser Permanente, Northern California.  She enjoys the fun and unique educational and wine tasting opportunities offered by the society.  She hopes you'll join us! 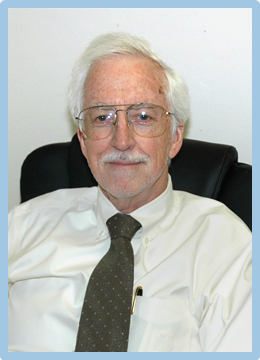 Jack was born and raised on a ranch in Phoenix, Arizona. He attended and graduated from Arizona State University and then went to the veterinary college at Washington State University. After graduating from WSU in 1969 he settled in the San Francisco Bay Area and practiced veterinary medicine for the next 40 years. Since retiring from his practice, he now owns and manages his family’s renowned steakhouse in his home town of Phoenix, Arizona. He still lives primarily in the Bay Area and enjoys theatre, opera and ballet as well as the wonderful opportunities to frequent the outstanding restaurants in the Bay Area. Membership in the Society has provided the opportunity to continue to explore wine and food with friends and colleagues who share the same interests. 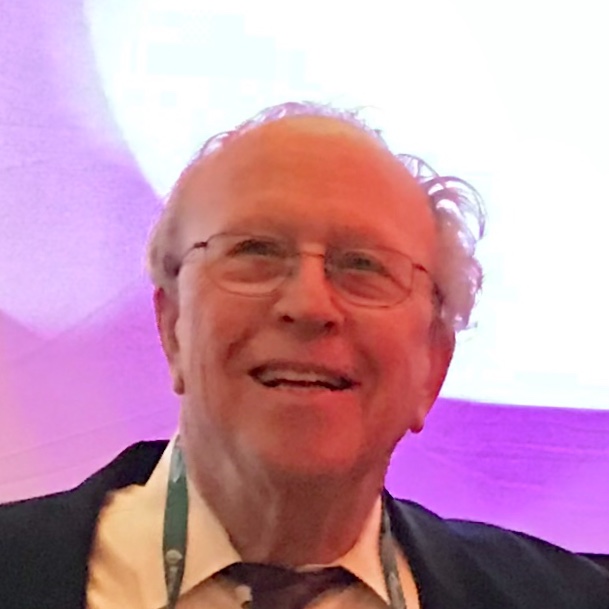 Bob is a cardiologist retired from a 33 year career with the Permanente Medical Group where he served as the Chief of Cardiology at the Redwood City Medical Center and as a member of the Board of Directors of the medical group.

Bob is a longstanding member and Board member of The Society of Medical Friends of Wine, and has served as President of the Society. He currently is cellar master, assisting in the selection of wines for events, and edits the Society newsletter. In the community he has served as President of the San Francisco component of the American Heart Association and does volunteer work with the Golden Gate Raptor Association, the Golden Gate National Recreation Area as an Alcatraz water bird docent, and at a free medical clinic in San Francisco.

His knowledge of Cardiology and the complex interactions of wine and health, along with a desire to educate others on the roll of the proper appreciation of fine wine , are a natural fit with the goals of the Society. 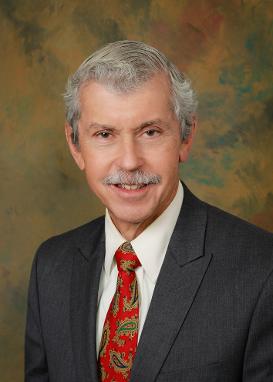 Dr. Daniel Bikle is Professor of Medicine and Dermatology at the University of California San Francisco and Staff Physician at the VA Medical Center San Francisco. His undergraduate degree is from Harvard, and both MD and PhD were earned at the University of Pennsylvania with internship and residency at the Peter Bent Brigham Hospital in Boston. He is an Endocrinologist, but his secondary appointment in Dermatology is the result of his research in vitamin D and calcium regulated epidermal differention with projects in skin cancer and wound healing. His lab also has a number of projects in bone focusing on hormonal regulation of bone development, response to mechanical load, fracture repair, and post traumatic osteoarthritis. 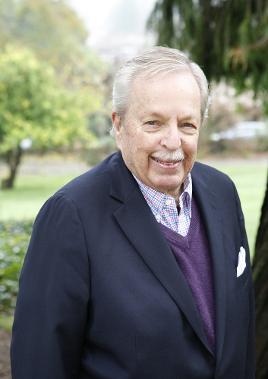 Originally from Buffalo, New York, Dr. Morton Rivo is a retired practitioner of clinical periodontics in San Francisco.  He has been resident in Marin County, California for almost 50 years.

He is a graduate of The State University of New York at Buffalo and received his specialty training in Philadelphia at the University of Pennsylvania and in Boston at the Beth Israel-Deaconess Hospital.  He served as a Dental Officer in the US Army.

Mort is the former Chief of Periodontics at the University of California San Francisco Medical Center at Mount Zion.  He is past president of the American Academy of the History of Dentistry, former chair of the Achenbach Graphic Arts Council of the Fine Arts Museums of San Francisco, and served as president of The Society of Medical Friends of Wine.

He is a collector of fine art, primarily works on paper.  His exhibition of prints and drawings devoted to depictions of dental practice, “Open Wide, 500 Years of Dentistry in Art “, ran for over a year in 2018-19 at the UCSF Medical Library.  The dental collection has also been featured at other venues nationally.

Mort has traveled extensively and is particularly entranced by the art of Japan and France.

His son Michael, his wife Lily, and their three children live in Tiburon.  Mort’s daughter Susie is an award-winning documentary filmmaker who lives in Boston. 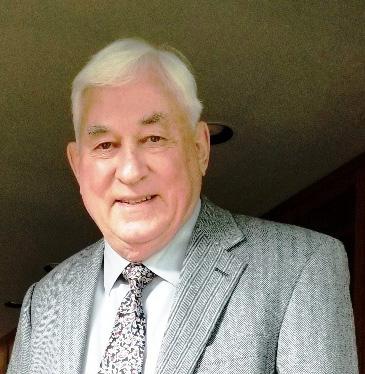 Richard grew up in eastern Kentucky, received his BA from Vanderbilt University and MD from University of Kentucky in their first class, interned at San Francisco General Hospital and did his residency in General Surgery at UCSF, interrupted by 2 years of active duty at Walter Reed.  He joined the Permanente Medical Group in 1972 after a year traveling/camping in Europe where he developed an interest in wines.

Besides a busy practice with an interest in thyroid/parathyroid,  Richard served as Chief of Surgery, Physician-in-Chief at San Rafael for 18 years and Chair of the Board of The Permanente Medical Group. His business training included Stanford and the Advanced Management program at Harvard Business School. He retired as colonel from the Army after 33 years of mostly reserve assignments world-wide.

After retirement, he continued assisting with thyroid surgery cases and still serves on the hospital Ethics Committee.  Richard had been an active private pilot, diver, and is an avid traveler. He has served on the SMFW Board for many years.